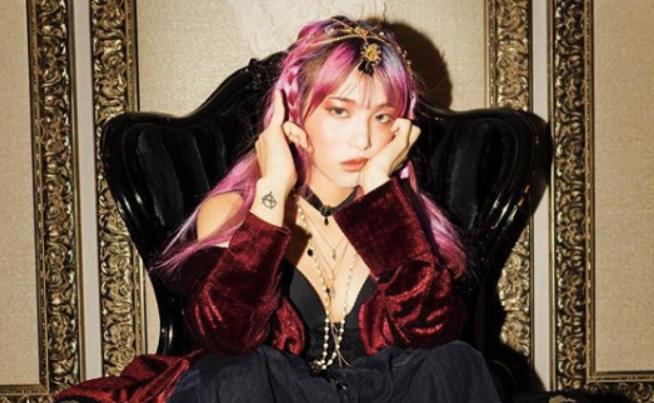 During recent years, Korean hip-hop has enjoyed tremendous popularity. And while names such as Jay Park, Epik High, or Dok2 might sound familiar, unless you are an avid follower of Korean hip-hop, you probably haven’t heard of Jvcki Wai (Jvcki pronounced ‘Jacky’). I discovered Jvcki through popular rap crew Indigo Music, which houses some of Korea’s freshest rising underground artists, such as Kid Milli, Young B, and NO:EL.

Jvcki stands out (to me) from the rest of the Indigo crew as she is the only female rapper. Beside her addictive flow, I simply love her raw energy, unconventional dance moves, and overall hypnotizing stage presence. Her lyrics, on the other hand, are often relatable to the chaotic lives of young adults in their 20s. In her most recent release “띵” or “Dding” (featuring Young B, Osshun Gun, and Han Yo Han), she spits an iconic line, “You said female rappers only last 2 years, but I’m still here holding on for 5 years”, criticizing the often egocentric male-dominated hip hop scene in Korea.

Korean hip-hop is known for its collaborative nature, and Jvcki is no exception. Most notably, she contributed to Jay Park’s “119 Remix”, which features 51 of Korea’s most prominent hip-hop artists. She raps in seven languages: Korean, English, Chinese, Japanese, Spanish, French, and Russian. Check it out below:

You can find Jvcki Wai’s music and collaborations on Spotify and Soundcloud.