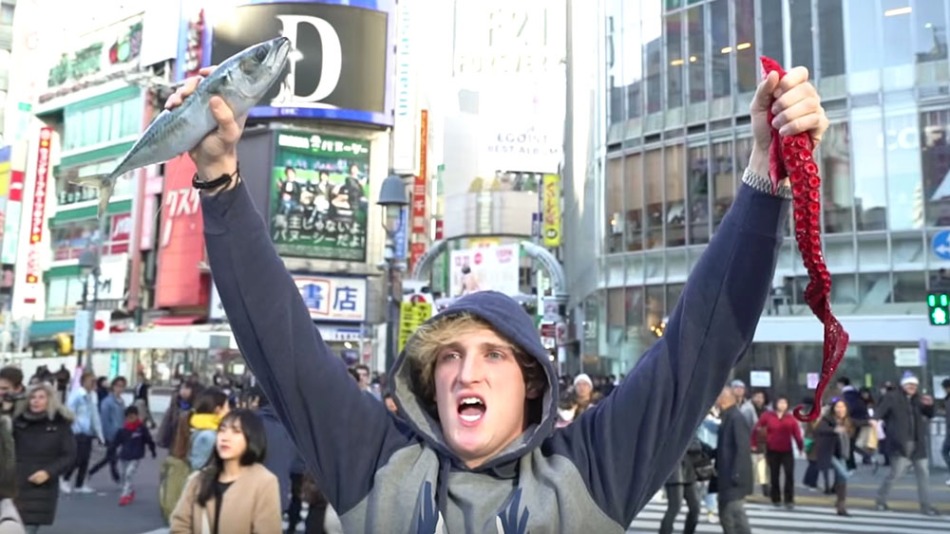 It has been roughly a month since the entire Logan Paul scandal took the Youtube and Internet world by storm, and in that time a lot of people have had plenty to say about it. To say the coverage on the entire issue has been extensive is an understatement; the only thing I saw more often on my Facebook feed in January was the Ugandan Knuckles meme. I won’t give an entire rundown of what happened to Logan regarding the suicide victim. If you’re curious, Google is your friend. What I want to talk about instead is the three videos he uploaded to his channel before that during his trip to Japan, which has largely been swept under the rug. As a content creator myself, I can understand that what Logan does is part of his brand and his image. But there is a difference between staying true to your image and being racist; and yes, what Logan Paul did in Japan was racist.

Due to length restrictions I will not detail every offense of Logan’s, but you can view his Japan videos (the original was taken down by Youtube) are linked below for your convenience. The way he addresses and treats the Japanese in his videos resonates strongly with the racism of today – not a direct, scathing racism as stereotypically presented in the past, but a more subtle form. Just because Logan does not go around Tokyo calling people chinks doesn’t mean his content isn’t racist. He does not treat the Japanese with an equalizing dignity, and many Asians who have grown up in America will be able to detect this same ingrained racism when they view his vlogs.

That Japanese Man Yuta, made an excellent point regarding this. In one of the vlogs, Logan comments on how “nice” the Japanese are, praising them for “laughing with” him, or at him. What Logan fails to grasp is the non confrontational nature of Japanese people, as well as many East Asians in general. Just because no one is yelling or screaming at him does not mean they enjoy his antics. Logan is an American man playing by American rules in a place that isn’t America.

Of course, I am angry and disappointed with Logan for making these videos. But my true frustration lies with Asian viewers who are exposed to and consume his content. It is rather clear to me that Logan is the kind of person who will not apologize or realize his transgressions until he sees tangible consequences; he only apologized for the suicide forest video after a massive backlash, and even then he made it more about himself. He had the audacity to make a suicidal awareness video in response as a feeble attempt to right his wrongs. It is profound to me that the suicide forest forest was deleted but the Japan videos remain up. Why hasn’t our response as a community been strong enough to have these videos taken more seriously?

I think it connects to that same non confrontational tendency Logan took advantage of. We aren’t adamant enough; maybe because we come from a culture where yelling doesn’t work, or we avoid taboo topics in hopes they will somehow disappear, but at some point we have to evolve. It’s the same reason why black representation in media has made huge strides while the Asian equivalent continues to struggle. The same with politics and sports. If Logan did what he did in Africa, do you think those videos would still be up?

Logan Paul is indeed ignorant, but we have become complicit in his ignorance, and in our own marginalization. I wish that Asian-Americans could find it within themselves to rally behind preserving their own dignity like the African-American community. Then people like Logan Paul might not make such videos, or at the very least be forced to delete them. Logan has over 16 million followers, most of them children who are going to grow up and run our country one day. By letting them view and defend content like this, we only hurt ourselves.

0 comments on “And Yet Logan Paul Remains… Do We Have a Role to Play?”