Hi guys! This slightly late Asian Inspiration post is one of the most badass Asians in mainstream media, Ming-Na Wen! Click on to see why this woman is one of my personal role models~ 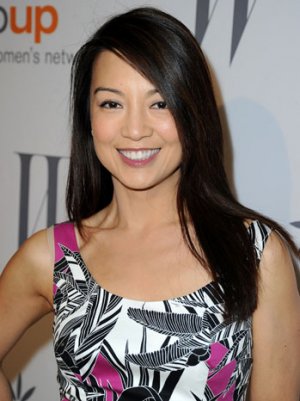 Ming-Na Wen spent her early childhood in Hong Kong until she and her family immigrated to Harlem, New York. She is perhaps best known for her roles as the title character in the Disney classic, Mulan, and Jing-Mei “June” Woo in Joy Luck Club. Now 51 years old, the actress is way more in shape than I will ever be, and isn’t afraid to show off her muscle.

But Wen is just as much brains as she is brawn. She went to college at Carnegie Mellon University and graduated with a BFA in Theater on High Honors. That’s pretty impressive! 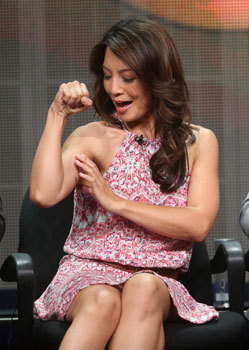 Furthermore, Wen has stated in an interview with internet blog Junkee that a lifelong goal of hers has definitely been “to break stereotypes and not be afraid to embrace what [American] culture has to offer.” And that’s exactly what she’s doing in Joss Whedon’s Agents of SHIELD, an ABC show. Wen plays one of the many people of color on the show, Agent Melinda May, without being a stereotypically “Asian” character. She’s a real person, and Wen does a fantastic job of showing that.

Like every Asian actress in America, Wen has also struggled with being typecast. After playing Chun-Li in the Street Fighter movie, she said:

I tended to stay away from action after that because I was concerned about falling into that stereotype of, ‘Oh, you’re Asian so you must know martial arts.’

But now, she’s clearly risen above that now with her work on SHIELD, proudly saying that it’s “not something [she] should be ashamed of.”

And that’s just one of the reasons I love Ming-Na Wen. Listen, if I could break concrete with my hand, I would flaunt it just as much as she does.

Wen is an immigrant, an academic, and a martial arts expert all tied up into a bundle of joy. After years of voice roles and small parts, her face is finally gaining exposure to a new generation of people just like her. And the greatest thing is–American media just might be ready.

But watchers beware! She’s a lot more fun than she might seem.