Earlier this year, LOEWE, the Spanish Luxury brand released its second collaboration with Studio Ghibli, LOEWE X Spirited Away, after Loewe X My Neighbor Totoro in 2021. The collection includes clothes, shoes, and accessories. And the beloved characters, for example, Chihiro, Haku, No Face, Bo, and the Soot Sprites, are all featured in the items. If you are a fan of “Spirited Away” or Studio Ghibli, definitely do not miss out on this brilliant collection.

Before jumping into the items, I will introduce the brand LOEWE. LOEWE was founded in 1846 in Madrid. Initially, LOEWE was founded by Spanish leather craftsmen, and the brand actually started to develop when German craftsman Enrique Loewe y Roessberg joined the team. At first, there were just leather goods, then LOEWE expanded to fashion and perfumes during the late 20th century. LVMH, aka Moët Hennessy Louis Vuitton, acquired the company in 1996, making LOEWE the oldest luxury fashion house under LVMH. The creative director who came up with the collaboration between LOEWE and Studio Ghibli LOEWE is Jonathan Anderson, in charge since 2013. Today, LOEWE is still a popular luxury brand in Europe and amongst the Spanish royalty.

Now let’s take a look at a few items in this collection! 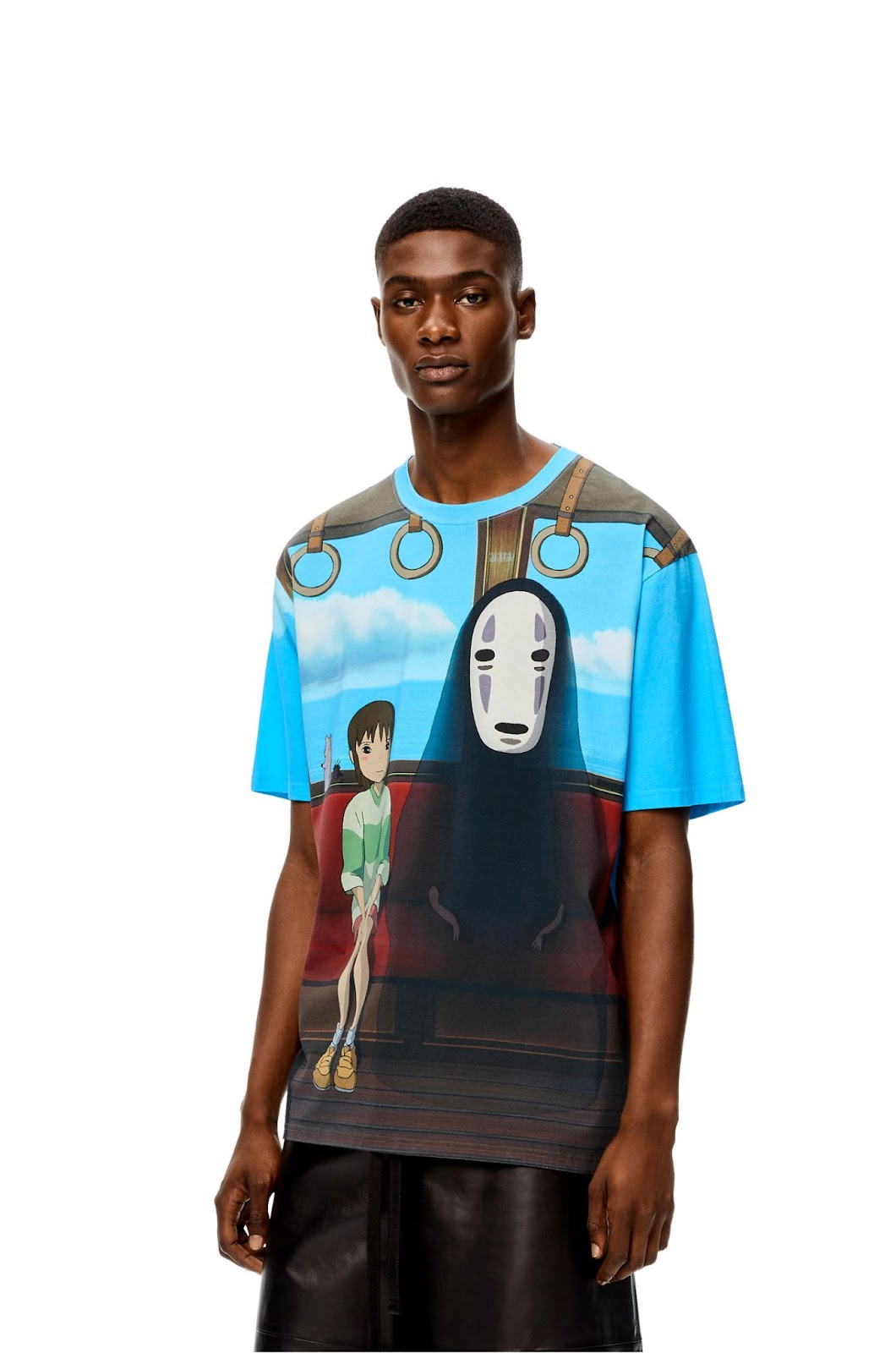 The train scene is one of the most epic scenes in “Spirited Away.” Despite her fears towards No-Face, Chihiro took the spirit with her and left the bathhouse. The scene is so calm and beautiful, just the characters watching the beautiful scenery and other spirits get on and off of the train silently. Printing this scene on the t-shirt is like wearing the movie itself on yourself! 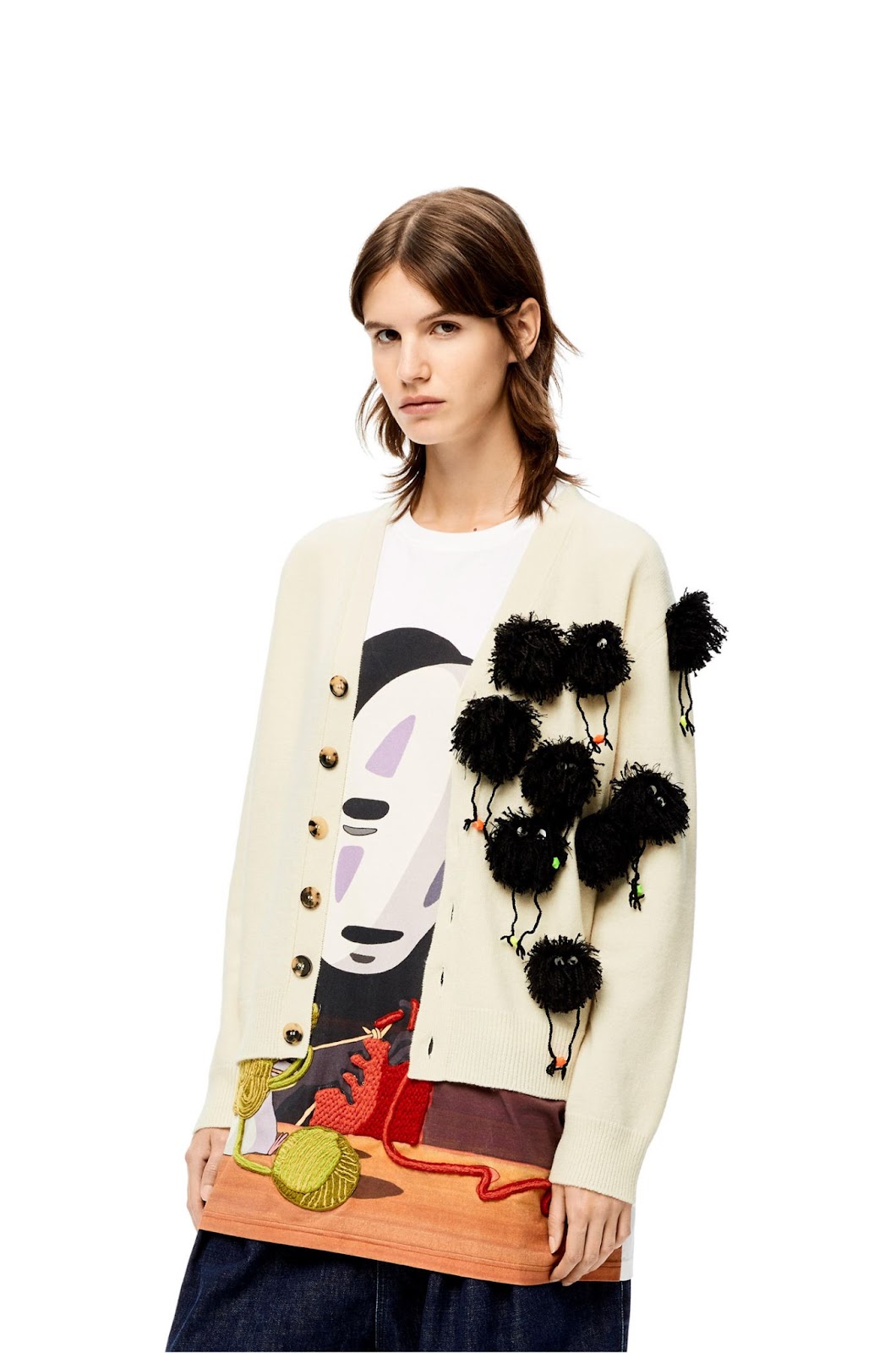 Susuwatari are the soot spirits that made appearances in both “Spirited Away” and “My Neighbor Totoro.”  The beige cardigan with little black Susuwatari on it looks super cute, and the susuwatari are 3D! They are hand-knitted pom poms, and each spirit holds a star candy, aka Konpeitō 金平糖, the favorite of the soot spirits in the movie. 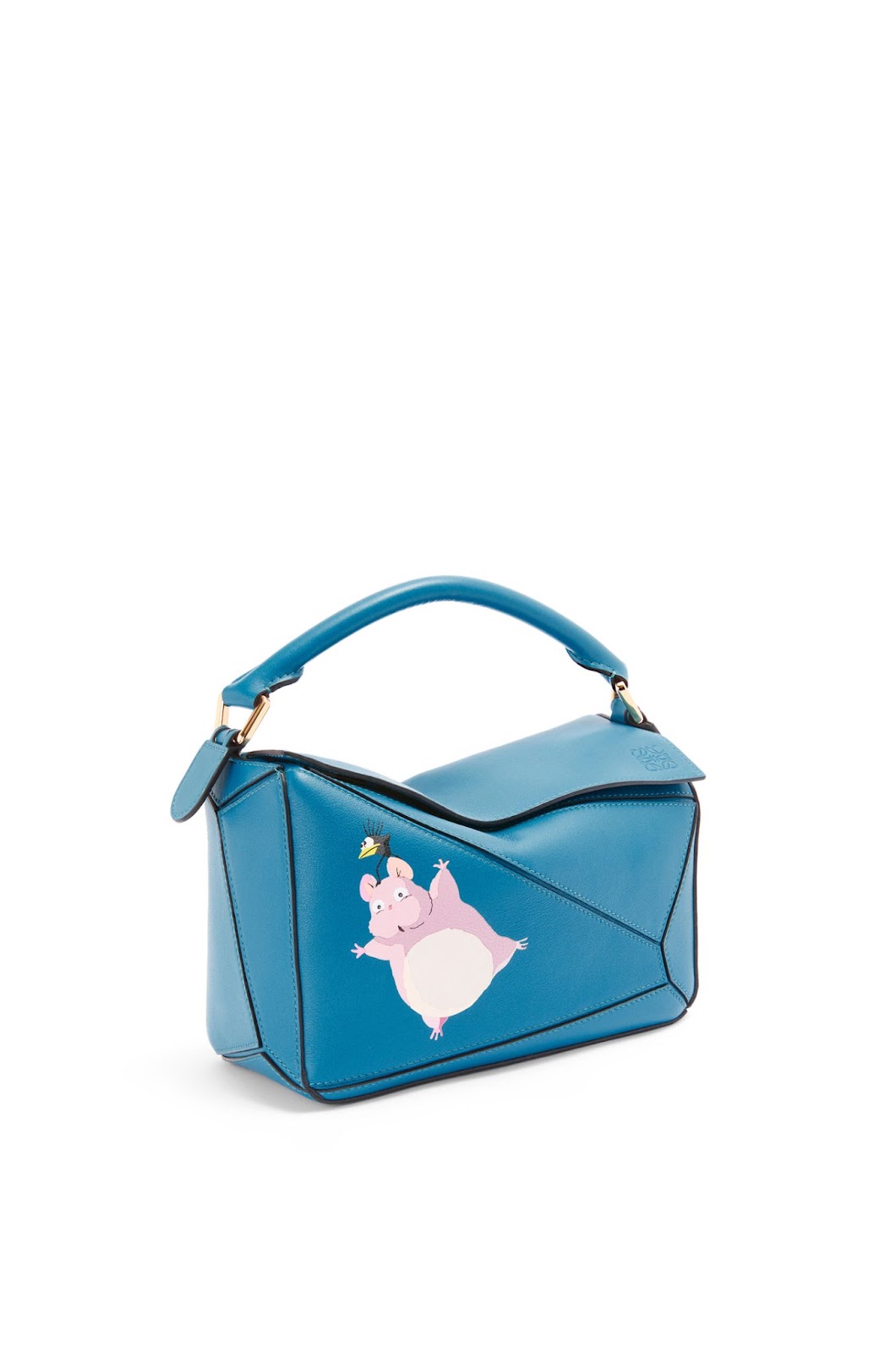 Bô Mouse, the big baby who was turned into a mouse by Zeniba, is my favorite. Bô the baby was selfish and spoiled by Yubaba at the beginning of the story. Whenever he doesn’t get what he wants, he just cries and ruins the house. However, after he became the mouse form, Bô was super cute and got along well with everyone. He especially developed a great relationship with the tiny fly which was initially Yubaba’s bird. This Lagoon blue bag is a depiction of the two falling from the sky. Bô poses as if he were flying while the fly holds onto him, the cutest! There are other items such as cardholders and wallets featuring Bô. 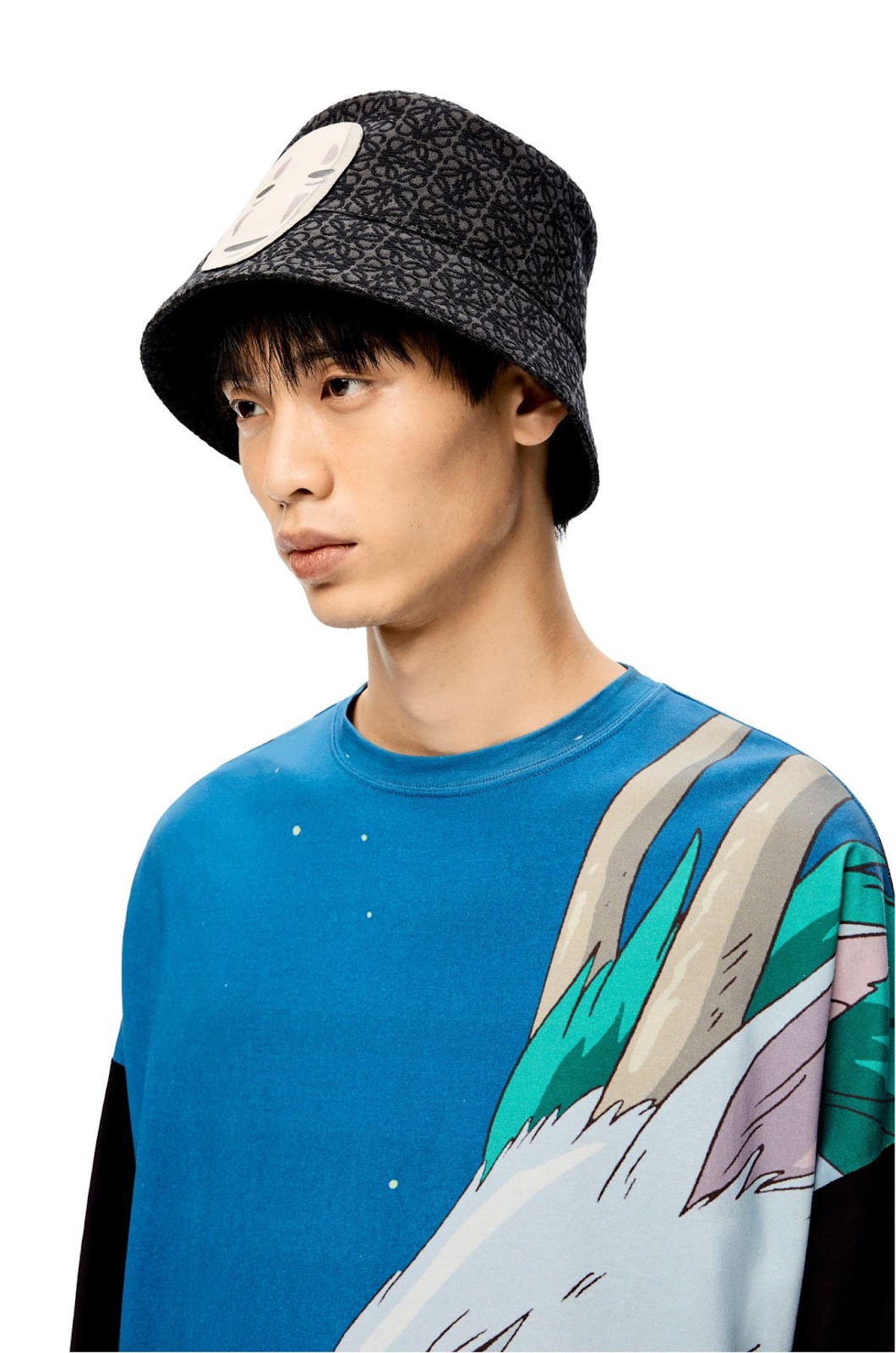 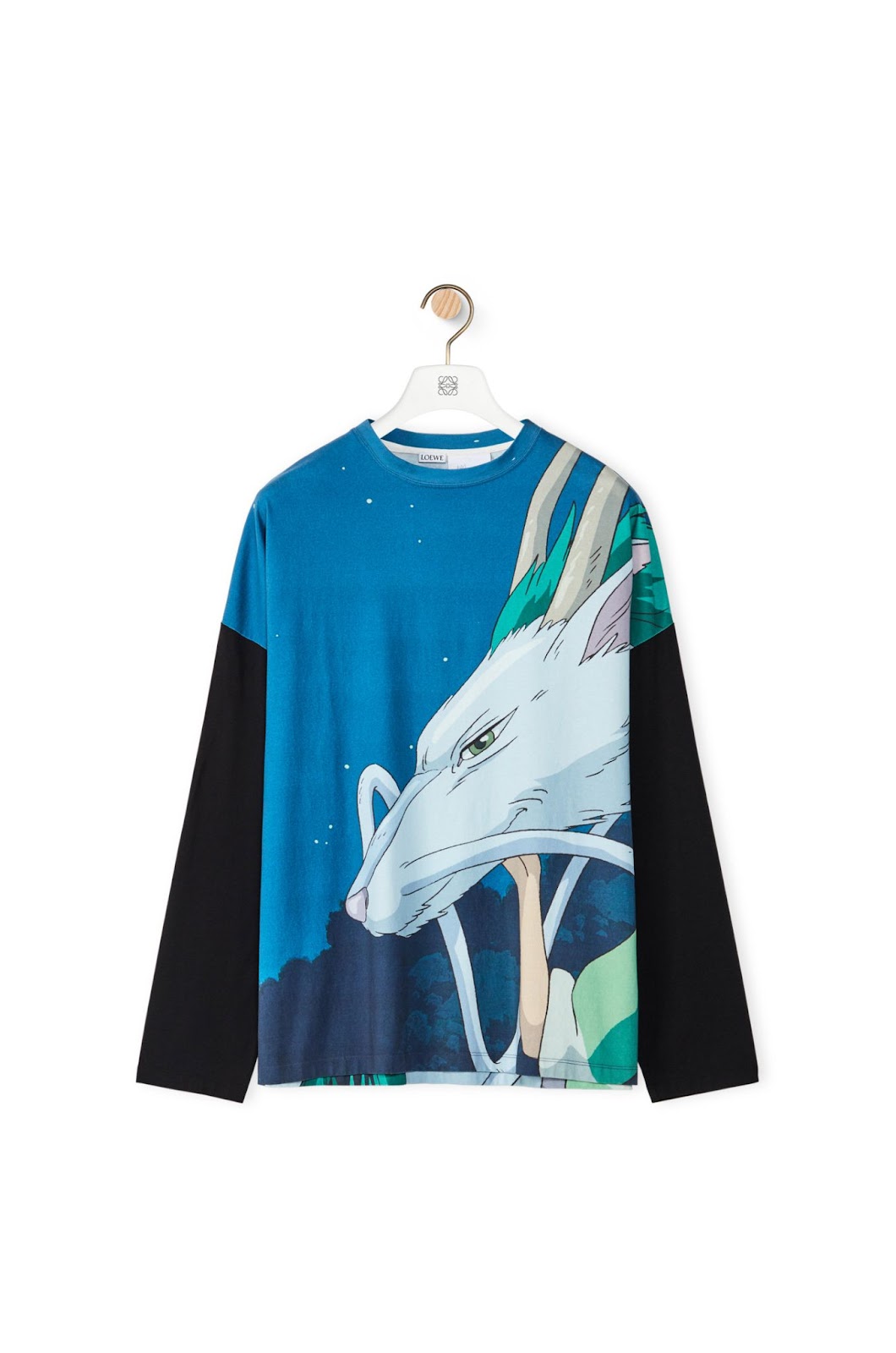 This outfit is BOMB! Bucket hats have been so popular for the past few years. The hat’s design is simple and elegant. It’s crafted in Anagram jacquard in black, and No-Face is designed in the middle of the hat. Therefore, it is so easy for people to see that it is the “Spirited Away” collection! As for the T-shirt, the sleeves contrast with the rest of the image. They stand out while also putting more focus on the picture of Haku, an extremely beautiful one. The shirt is a loose fit, stylish, and follows the trend of oversize. 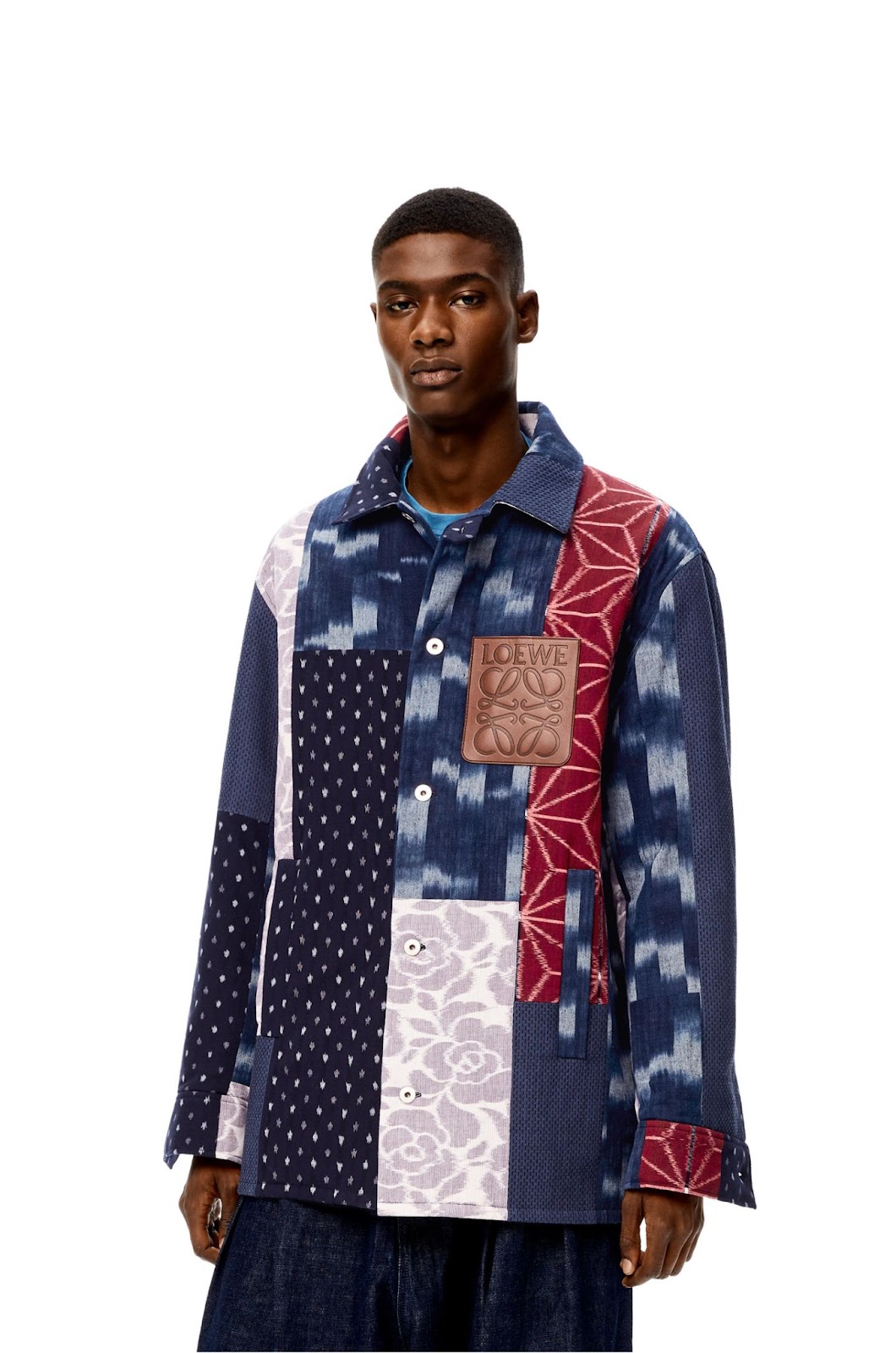 This piece is so special because the LOEWE designers adapted the “Boro” technique, which is “the practice of reworking and repairing textiles (often clothes or bedding) through piecing, patching and stitching, in order to extend their use,” defined by Victoria and Albert Museum. Until the 20th century, the Japanese utilized this stitching technique because they were in poverty and could not afford textiles for clothes. Most of the textiles they owned were mended again and again so they did not have to throw them away. Nowadays, this has become a significant stitching style from Japan and LOEWE did not fail to present it in this collection. In the back of this buttoned shirt, there is an embroidery of Aogaeru, the greedy frog who worked in the bathhouse.

There are actually more than 100 items in this collection, and I could only name a few in this post. Nevertheless, from what we know is, not just us, there are celebrities who are also seen in love with LOEWE X Spirited Away! Chinese singer Winwin posted pictures on his Instagram wearing the collection, a No-Face shirt, and a Chihiro bag. He also went to the LOEWE’s Spirited Away collection launch in Beijing. Dua Lipa, not just once posted pictures of “Spirited Away” scenes and other anime scenes, publicly carried the Chihiro handbag to Miami Beach, and the pictures are just AMAZING. 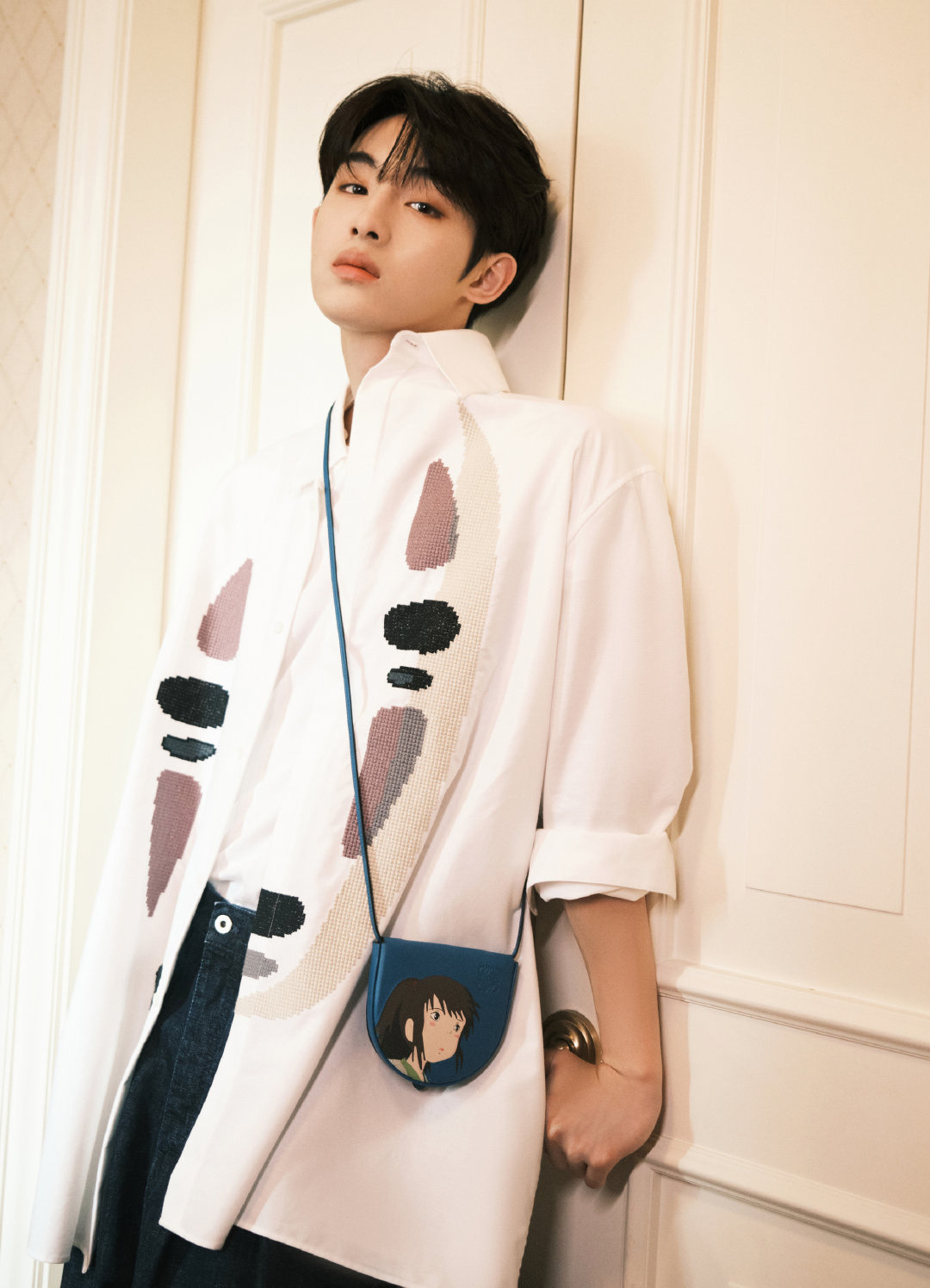 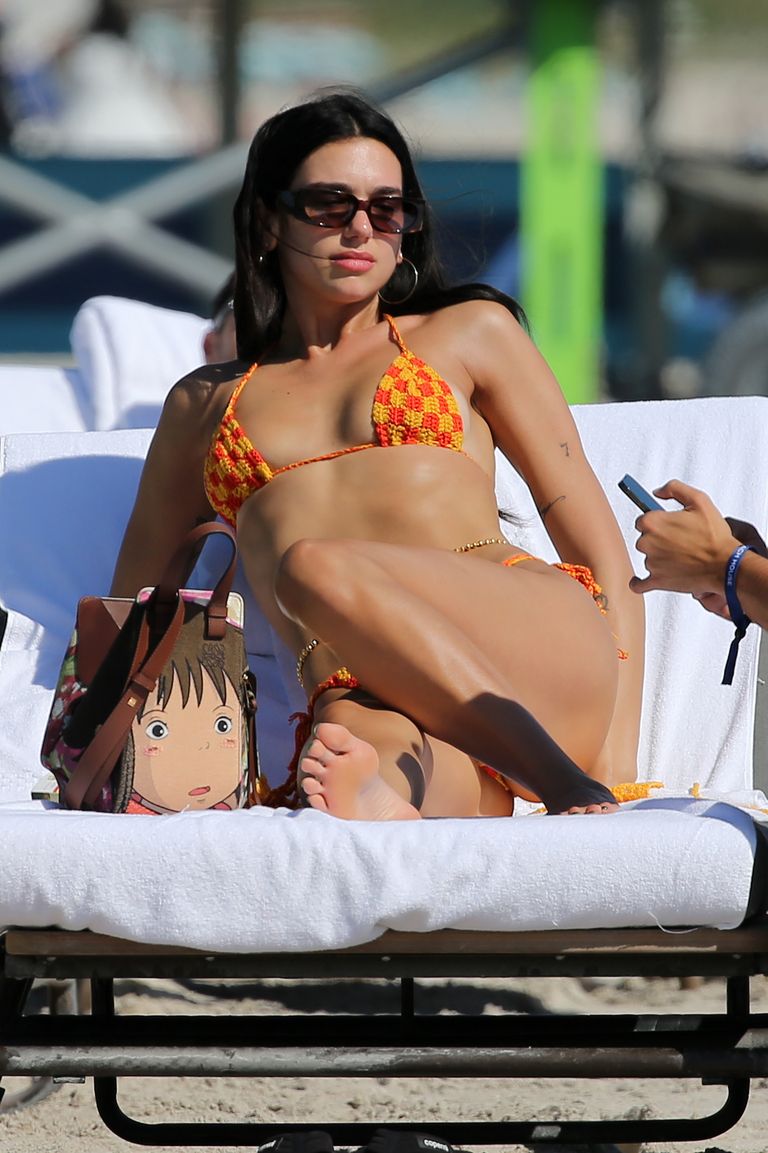 “Spirited Away” is considered a sensation and classic until today, not only because it has received prominent awards such as the Academy Award for Best Animated Feature, but also since it has helped reshape the public’s perspective regarding animations. Prior to the success of “Spirited Away,” most people, especially the audience from western cultures, viewed animations as a juvenile and immature genre that could only appeal to children. However, “Spirited Away,” which contained tons of underlying messages and hidden meanings, has become the favorite movie of people of all ages. When I was little, I watched it as a plain cartoon. Even without understanding the underlying meanings or metaphors, I could still enjoy the plot because it was both heartwarming and exciting. As I grew older, I would rewatch the movie, and because I had learned about Japanese history, I could relate to the movie more. Thanks to “Spirited Away,” Japanese animation has then been regarded as a global genre. And because of the enormous fandom, Studio Ghibli and “Spirited Away” have extended their influence to the fashion industry, attracting fans all around the globe. LOEWE X Spirited Away is literally the combination we never knew we needed!