“The joy of seeing things as a child again.”

Since the Quarantine I’ve picked up language-learning as a hobby. Over the summer my dad taught my sister and I Japanese which refreshed a lot of my memory of the language I would so often hear in my home growing up. In the latter half of summer I started learning Korean as well. It began when I discovered Kim Tae-Ri’s podcast dedicated to world literature—I was very interested to hear her thoughts, and through this I was motivated to learn. Though South Korean cinema is great too. All in all I find the studies to be fun and worthwhile.

The last thing I bought and cherished was a little book called The Train by the Taiwanese poet, Hung Hung. It was recommended to me by a good friend overseas. This book is about a continuously moving train and its various passengers. I find this book really comforting. Train rides have always excited me, yet each time I hear from the voice on the intercom that my destination is approaching I feel a kind of sadness. The rides always feel too short. And so I dream of a train that takes me far away and back home again. I would have a few books and a window to watch the passing landscapes.

What media do you want to explore? I had painted a little bit during the summer. It was the best kind of therapy. Days spent painting were days when time passed swiftly, wonderfully; and when my thoughts were, at once, simple and free. I would like to explore painting down the road.

What piece of writing inspires you the most when it comes to art? “Let us be grateful to people who make us happy, they are the charming gardeners who make our souls blossom.” – an excerpt from Marcel Proust’s In Search of Lost Time (À la recherche du temps perdu). Proust prominently wrote from introspection and in the eye of retrospect. I am a lover for his observances of everyday life; his evocations of places, people, and nature. He taught me to appreciate little things. I love how he captured the daylight moon: “Sometimes in the afternoon sky the moon would pass white as a cloud, furtive, lusterless, like an actress who does not have to perform yet and who, from the audience, in street clothes, watches the other actors for a moment, making herself inconspicuous, not wanting anyone to pay attention to her.” And his interpretation of memory: “They were only a thin slice among contiguous impressions which formed our life at that time; the memory of a certain image is but regret for a certain moment; and houses, roads, avenues are as fleeting, alas, as the years.” (Swann’s Way). He somehow knew what memories meant to me and what I unconsciously long for. I feel that memories—lost and regained in time— are, for better words, tormentingly beautiful—akin to a glint of light seen on the wall in the room of one’s deathbed. And when I write, it is often in the association of memory—the pain or joy of something that has passed; a lost moment. Regained. Then lost again.

The music I’m enjoying is Beethoven’s 7th and 8th Symphony. I didn’t always love Beethoven, especially his symphonies which reminded me of chaos and confusion. I often felt cold and lost. However, over time I came to understand that this kind of confusion and disorder—the hand-in-hand crazed dancing of joyous lights and intoxicated shadows— was to be embraced and not so much dreaded. I think that if there is one thing that Beethoven has taught me is that if we could value or find meaning in our hardships—as we do with our prosperities—, life would be so great. 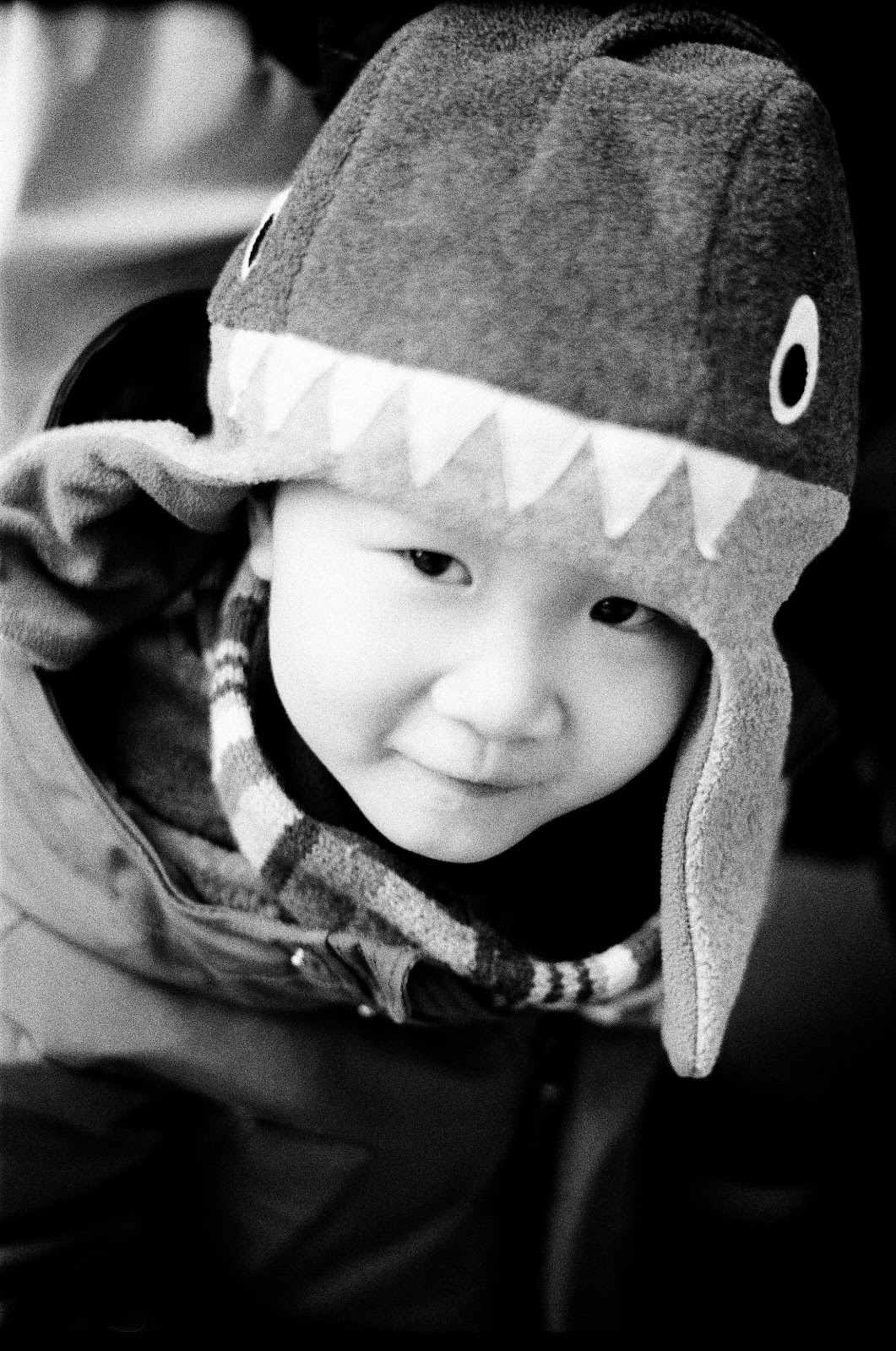 This photograph was taken during early January. I was meeting my friend Bruce to take photos on Canal Street. While I was waiting to meet him and his two friends, I saw across the street a line of children with their mothers—they were heading to school. I remembered that as a little boy I felt nervous in the mornings of such school days; I didn’t like saying goodbye to my mom. And here were all these children in warm coats walking beside their mothers—some ran, others walked slow. I’ve been asked why a lot of my photographs are of children. I suppose that as we get older we learn to act naturally, whereas children don’t think to act or pretend. In a way, children and nature are very similar. Children don’t refuse to be what they are. They find joy in seeing snowflakes dissolve in their hands; a torrential rainfall; a burning fireplace; the sound of a passing train. A child is not yet molded by the world, and because of that they are the world’s hope. This photograph was taken at Union Square in December. It was a cold night and many passersby were rushing to get somewhere. I shot mostly on a slow shutter to capture the hurry of the anonymous dwellers of the night. Looking at this photograph reminds me of a stranger’s dream. Unlike what we see in real life, the solid lines and shapes of a vaguely remembered dream are blurred. But I suppose that this blurriness is more of a feeling than anything tangible or articulable. By embracing this fuzzy, nocturnal feeling, I hope this photograph brings comfort for those who may feel lost like they’re wandering in the night.