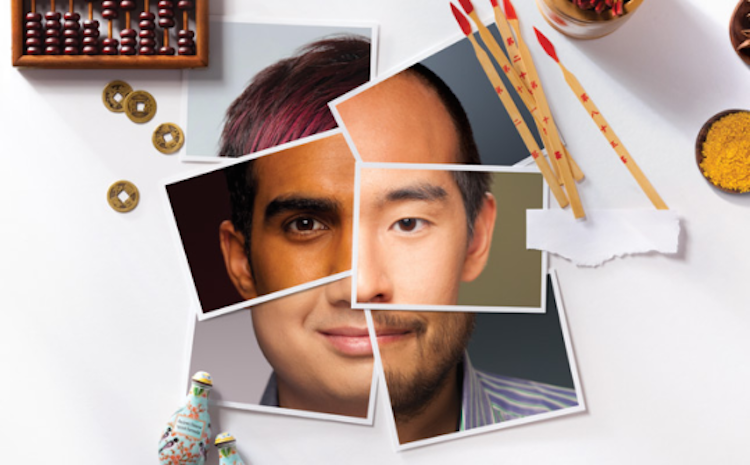 Yup, so I’m back to talk about the hot and popular topic of identity. Personally, I’ve found cultural identity to be a particular interesting and relevant topic because I’ve struggled with mine throughout my life. To give a brief biography, I was born and raised in Hong Kong by a Canadian-born mom and local Chinese dad, where English and Cantonese was spoken at home. I attended an international school, which subsequently created a cultural bubble for me. I couldn’t fully engage in the local culture due to language barriers, yet I was a million miles away from this Western society that was so influential in my life. I’m sure you’ve come across many of us confused individuals, these international student specimens… Anyway, I’ve concluded that being able to identify with the differences is actually a blessing in disguise. It’s not necessary to pick a side, we can simply create our own cultural group.

Since the Asian American cultural identity crisis is prevalent in our New York community, I figured it would be interesting to see if the same applies in another “melting pot” society, London. Though, during one of our orientation sessions, a professor referred to London as a salad instead because she believed there was more integration than assimilation here.

I asked a few British born Chinese (or as we call them BBCs) uni students about their cultural identity journey, looking to see if the scene was similar to being a minority in the US. From the start, I asked if they identified themselves as a British or Chinese person. I knew I was setting myself up for “grey area” answers. One friend called himself a “cultural hybrid” because he held onto both Chinese and British values and customs that surrounded him. Though another friend saw himself as more Chinese because he embraced that part of his background and home environment more so than his British surroundings. I realized this identification was heavily based on their home environment, as my first friend did speak English at home to parents who had been living in London as youth. On the other hand, the other friend would mainly speak Cantonese at home because his parents weren’t fluent in English. Language is definitely a huge factor when finding your niche, like how I identify a lot with the language of Chinglish.

For the most part, they all shared similar struggles as Asian Americans do: finding it hard to fit in with classmates, dealing with the uncertainty of which “group” they belonged to more, and experiencing the general clash of liberal Western cultural values as opposed to the conservative Chinese ones. But there were a few British cultural practices that differed from American ones, such as being less forward and blunt. They are more reserved and it’s not common to interact with strangers. Yet, as my friend mentioned, it is harder to truly struggle with cultural identity because multiculturalism is the norm here. It is very rare to live in an ethnically homogeneous community (referring to the city specifically here), so you won’t really feel out of place, or stick out like a sore thumb.

Ultimately, I think our struggles with cultural identity can be resolved as it simply has to do with perspective. We can choose to dwell on our differences and have it hinder our growth as a person, or we can use it to our advantage and create our own unique identity. Be proud that you can be a part of two (or more) cultural groups, it makes a person that much more interesting to talk to. I will end with one of my favorite quotes: “The reasonable man adapts himself to the world; the unreasonable one persists in trying to adapt the world to himself. Therefore all progress depends on the unreasonable man.” – courtesy of George Bernard Shaw. Own what you’ve got and don’t let anyone take it away from you.