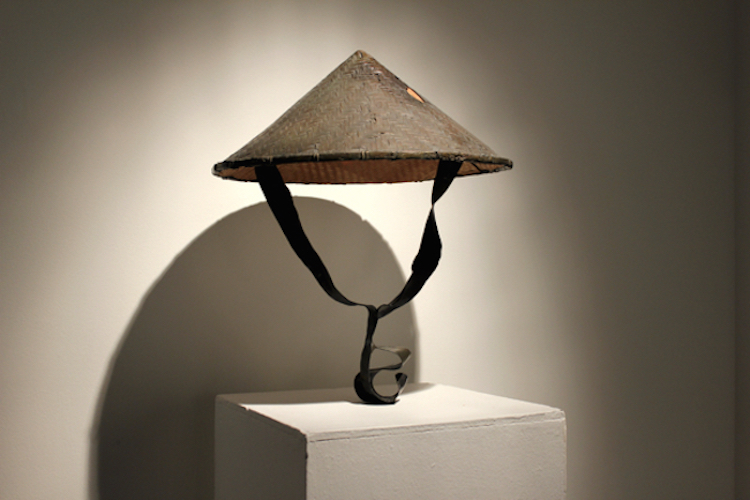 “War Baby/Love Child”, an exhibition displaying works by mixed race Asian American artists, will be on display at the DePaul University Art Museum from April 25 to June 30. Curated by Laura Kina, an art professor at DePaul, the exhibition was conceived of as a space for the artists and viewers alike to explore questions of cultural and racial identity, generational disconnect, and popular perception of mixed individuals. The exhibition’s title references the assumption that mixed Asian Americans from a certain generation were either “war babies” of American soldiers based in Vietnam or Korea, or “love children” of the “free love” era of the 1960s, before the U.S. Supreme Court formally legalized interracial marriage in 1967.

Zhiyu Wang for Medill Reports Chicago speaks with some of the artists about the themes present in this collection.

A piece from the exhibition titled “Live Long and Prosper (Spock Was A Half-Breed)” by Debra Yepa-Pappan references the iconic Star Trek character who himself was mixed, half-Vulcan and half human. The character, though fictional, “…goes through his own identity issues. That’s very similar to a lot of people that are mixed race,” Yepa-Pappan explained.

More information and viewing times can be found here.